Deputy Minister of Foreign Affairs of Cuba Rogelio Sierra expressed today the rejection of this Caribbean nation to the sanctions of the European Union (EU) against Venezuela.

In statements to the press, the Cuban official reiterated the unconditional support and solidarity of the island with the people of the South American country and with the government led by President Nicolás Maduro. 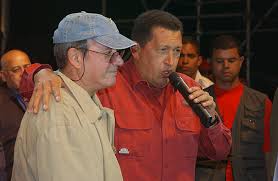